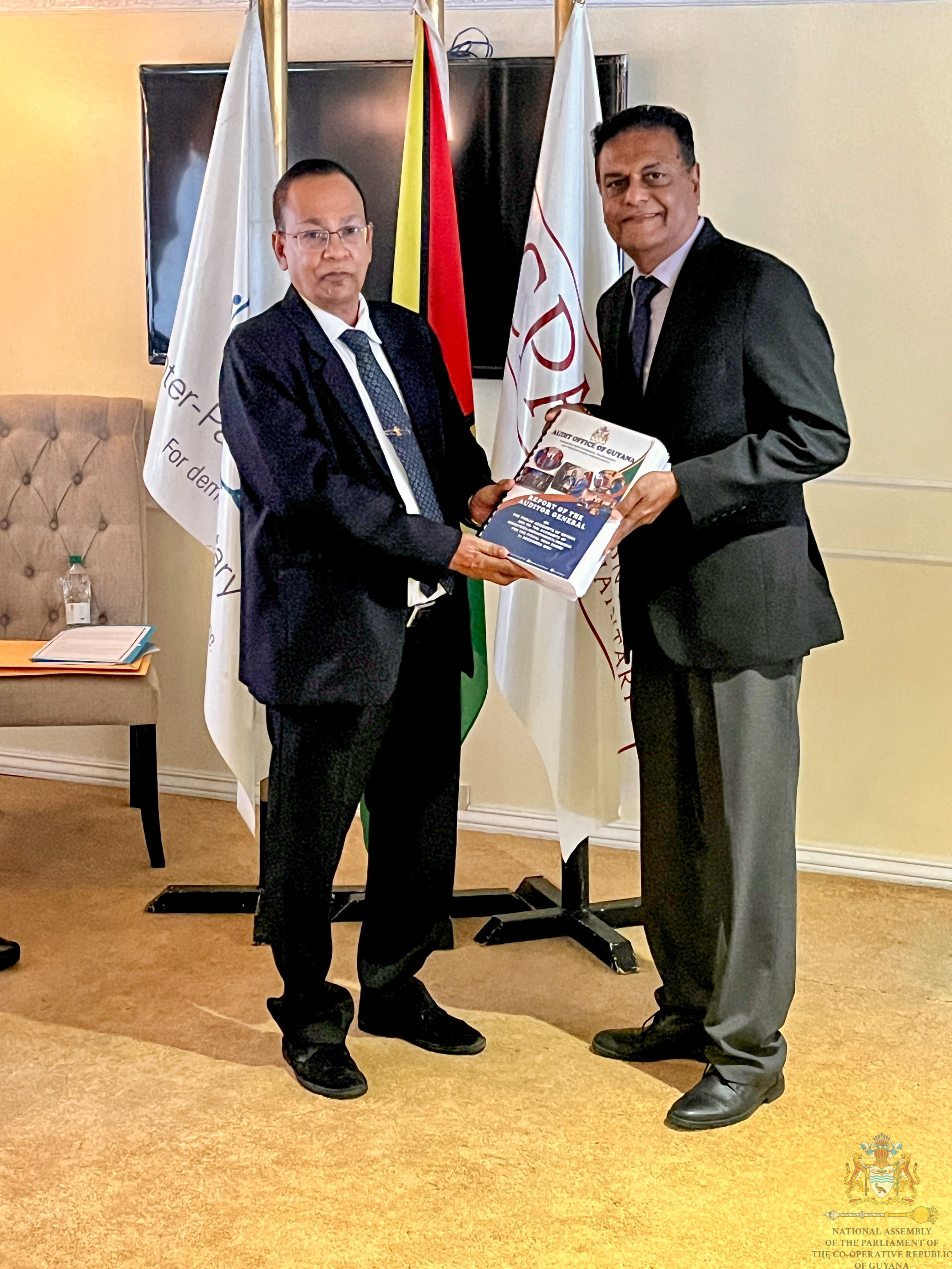 The Auditor General, Mr. Deodat Sharma, on Monday, September 19, 2022, handed over the Auditor General’s Report for the fiscal year ended 2021 to the Hon. Manzoor Nadir, M.P., Speaker of the National Assembly.

The ceremony was held in the M.P.s Lounge of the Public Buildings, Brickdam, Georgetown.

The Report was handed over days before the customary September deadline.

The Report will be made public after it is tabled at the next Sitting of the National Assembly.

In addition to the Auditor General's Report, five Performance Audit Reports were also handed over to the Speaker of the National Assembly. Those are as follows:

·      Management of Medical Waste at Hospitals

·      Receipt, Storage, and Distribution of Textbooks to Schools