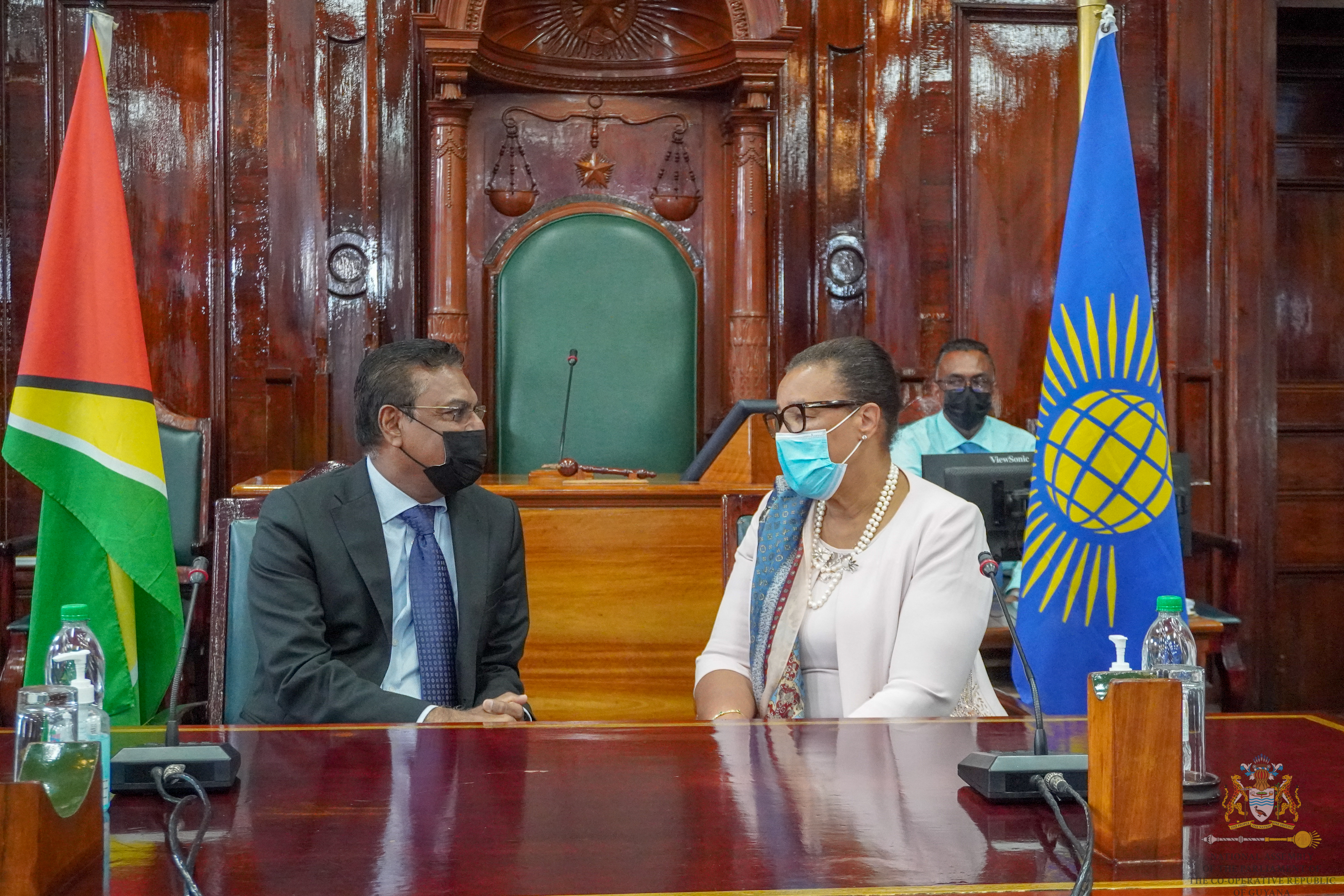 They met in the Parliament Chamber, the Public Buildings, Brickdam, Georgetown.

During the visit, the Hon. Speaker thanked the Commonwealth Secretary-General for the assistance provided to Guyana during the 2020 elections saga and expressed his views on the importance of international mediation for developing countries.

Their discussion focused on various issues of mutual interest aimed at strengthening relations between Guyana and the Commonwealth.

Rt. Hon. Patricia Scotland, QC is the 2nd Commonwealth Secretary-General from the Caribbean and the 1st woman to hold the post. 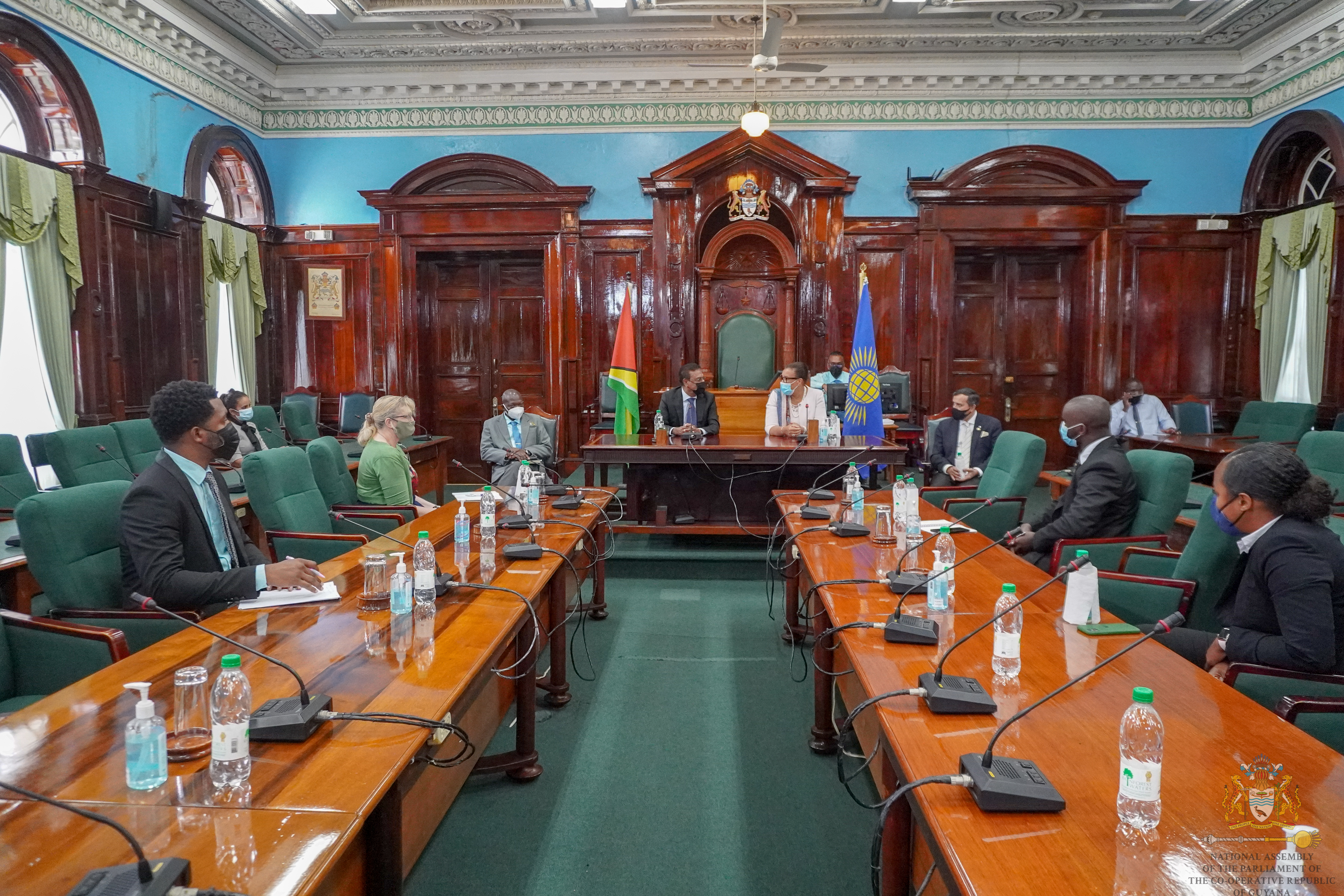 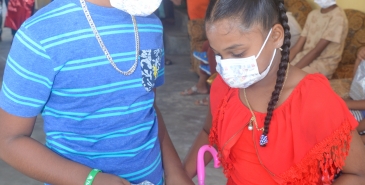