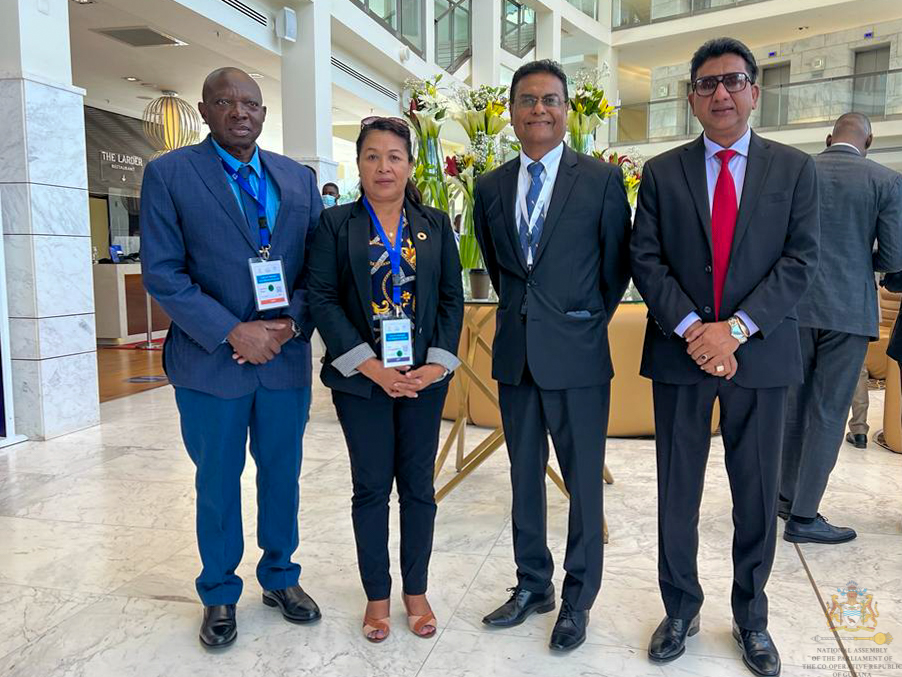 A Guyanese delegation is attending the 145th Inter-Parliamentary Union Assembly in Kigali, Rwanda, headed by Hon. Manzoor Nadir, M.P, Speaker of the National Assembly. The Assembly’s theme is gender equality and gender-sensitive parliaments as drivers of change for a more resilient and peaceful world.

Hon. Speaker Nadir, Hon. Nandlall and Mrs. Hastings-Williams are participating in the 210th Session of the Governing Council where matters of the Council will be addressed and discussed.

Mr. Sherlock Isaacs, A.A., Clerk of the National Assembly is also participating in the Association of Secretaries General of Parliaments meetings at the Assembly.

The 145th Assembly of the IPU has over 3000 Delegates, including Speakers and Presidents of Parliaments, Members of Parliament, and staff from across the globe.