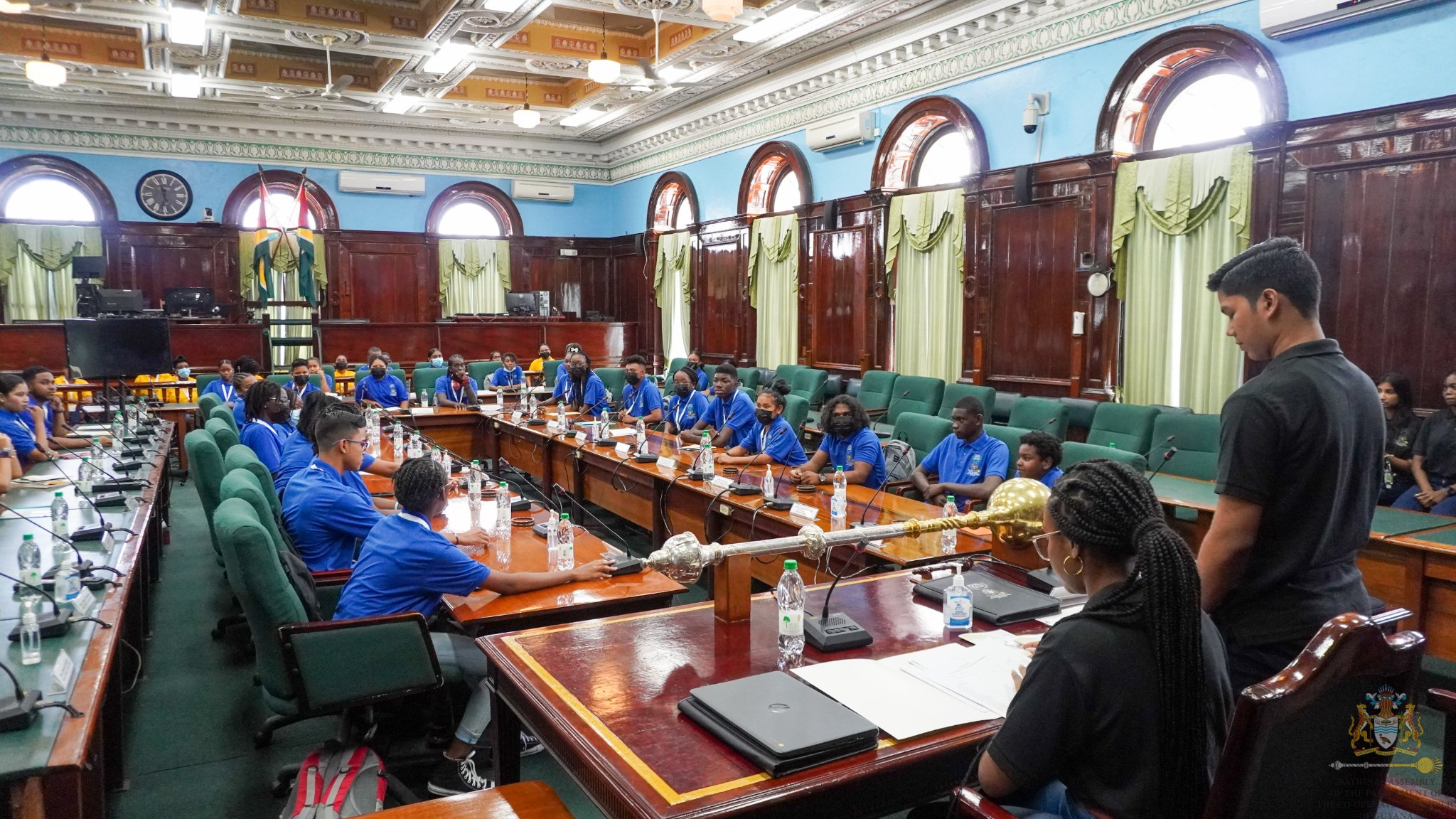 Youth Parliamentarians for the junior and senior categories today met in the Chamber of the Public Buildings, Brickdam, Georgetown, to rehearse for the upcoming Sittings for the 7th Annual Youth Parliament.

There will be two days of Sittings for this year’s Youth Parliament. The first and second Sittings will commence tomorrow, Wednesday, August 17, 2022, beginning with the junior category at 9:00 a.m., followed by the seniors at 1:00 p.m.

The third and fourth Sittings are scheduled for Thursday, August 18, 2022.

Today the participants met physically for the first time in this Hybrid format. 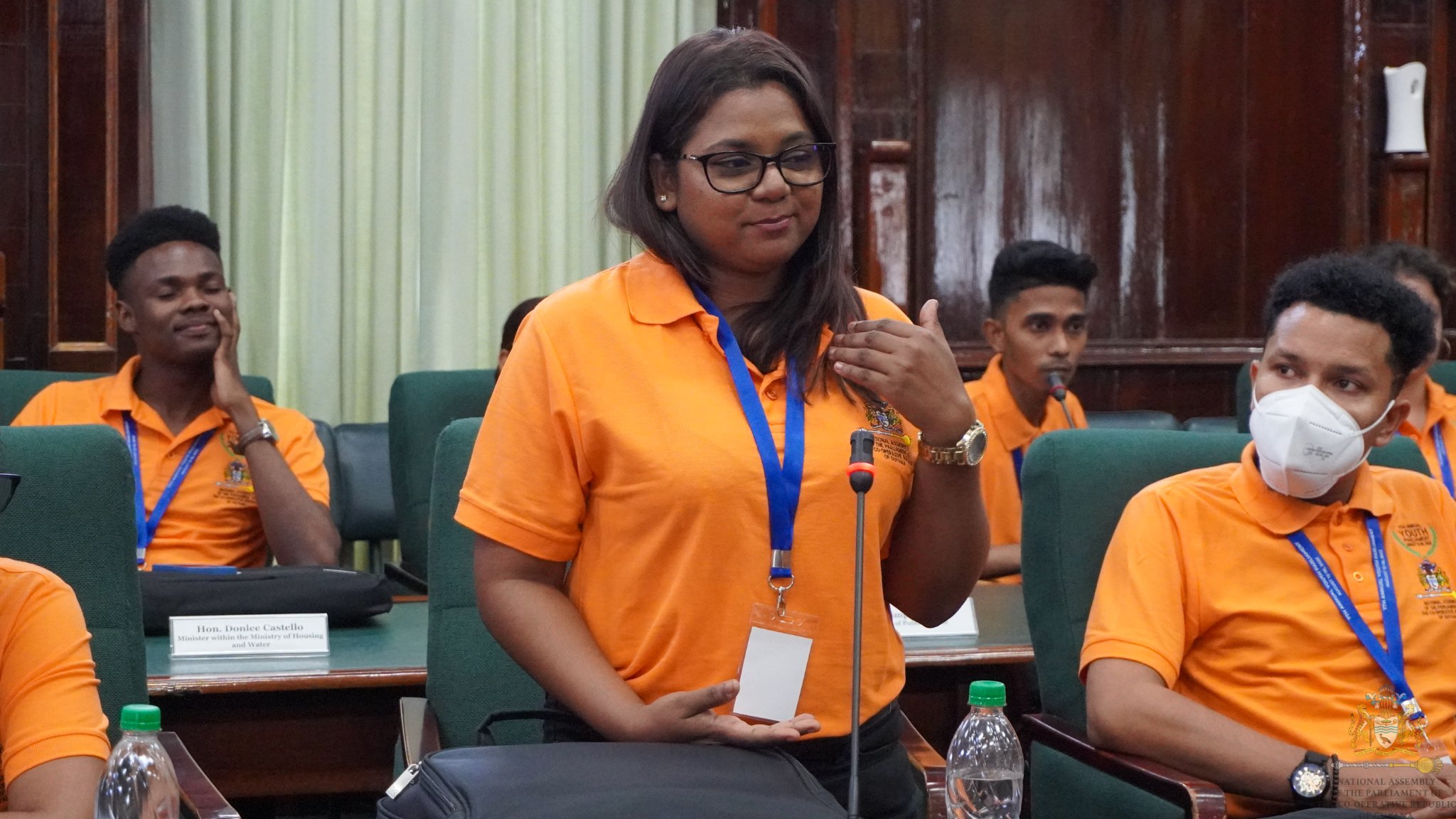 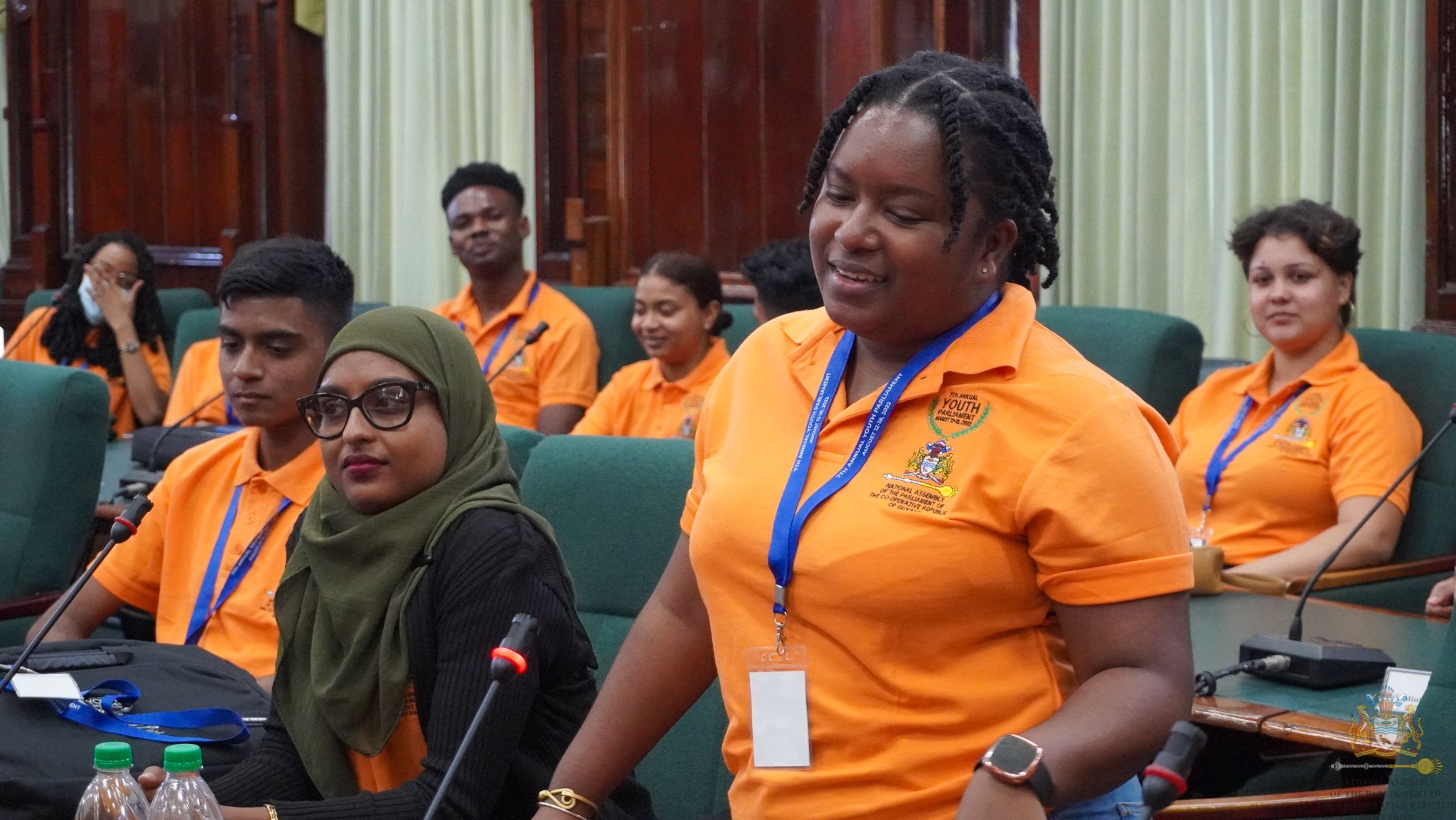 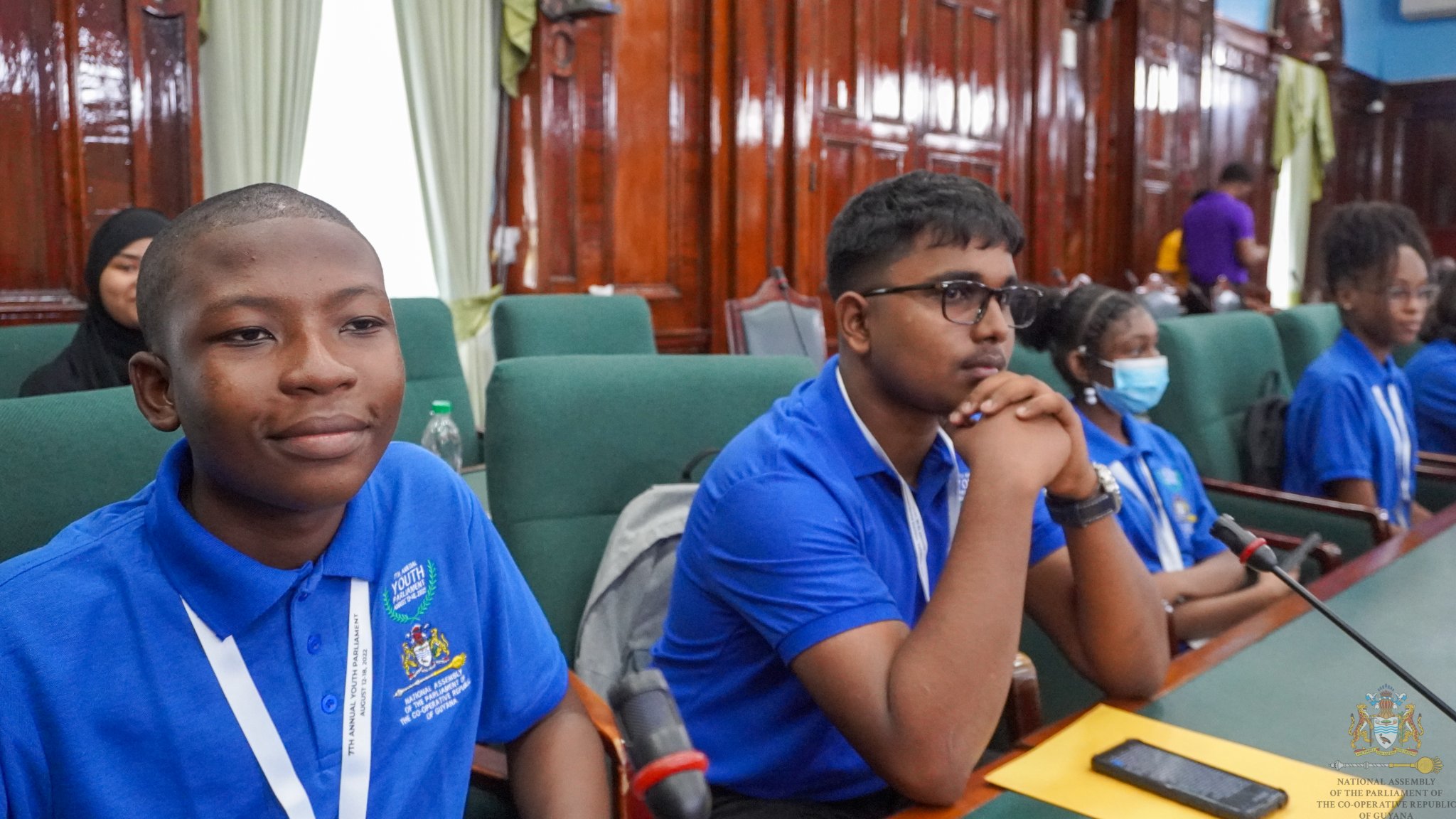 During the morning session, the junior participants benefitted from a demonstration by the Speaker of the National Assembly, the Hon. Manzoor Nadir, M.P., of the opening proceedings for the Sittings. 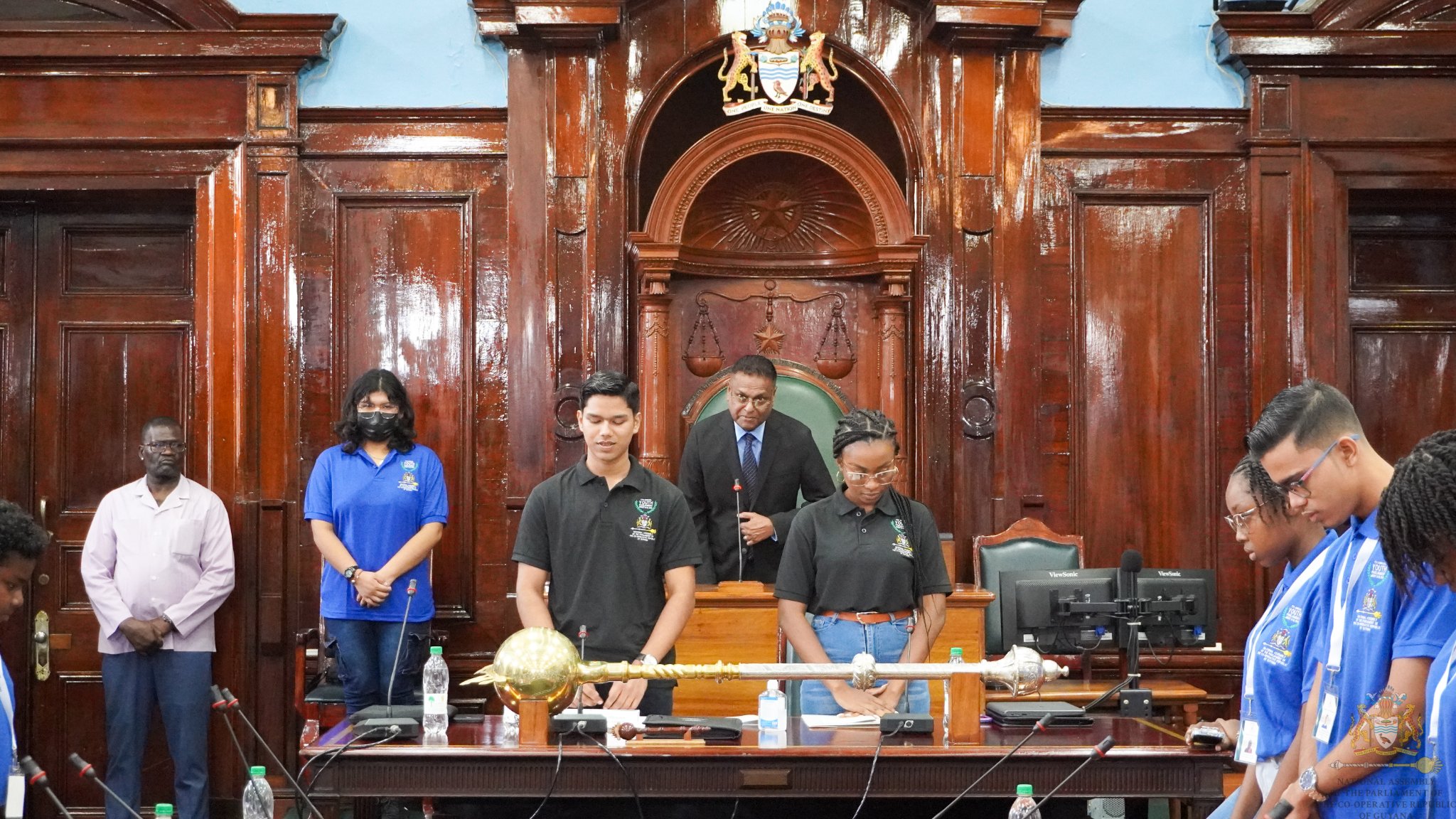 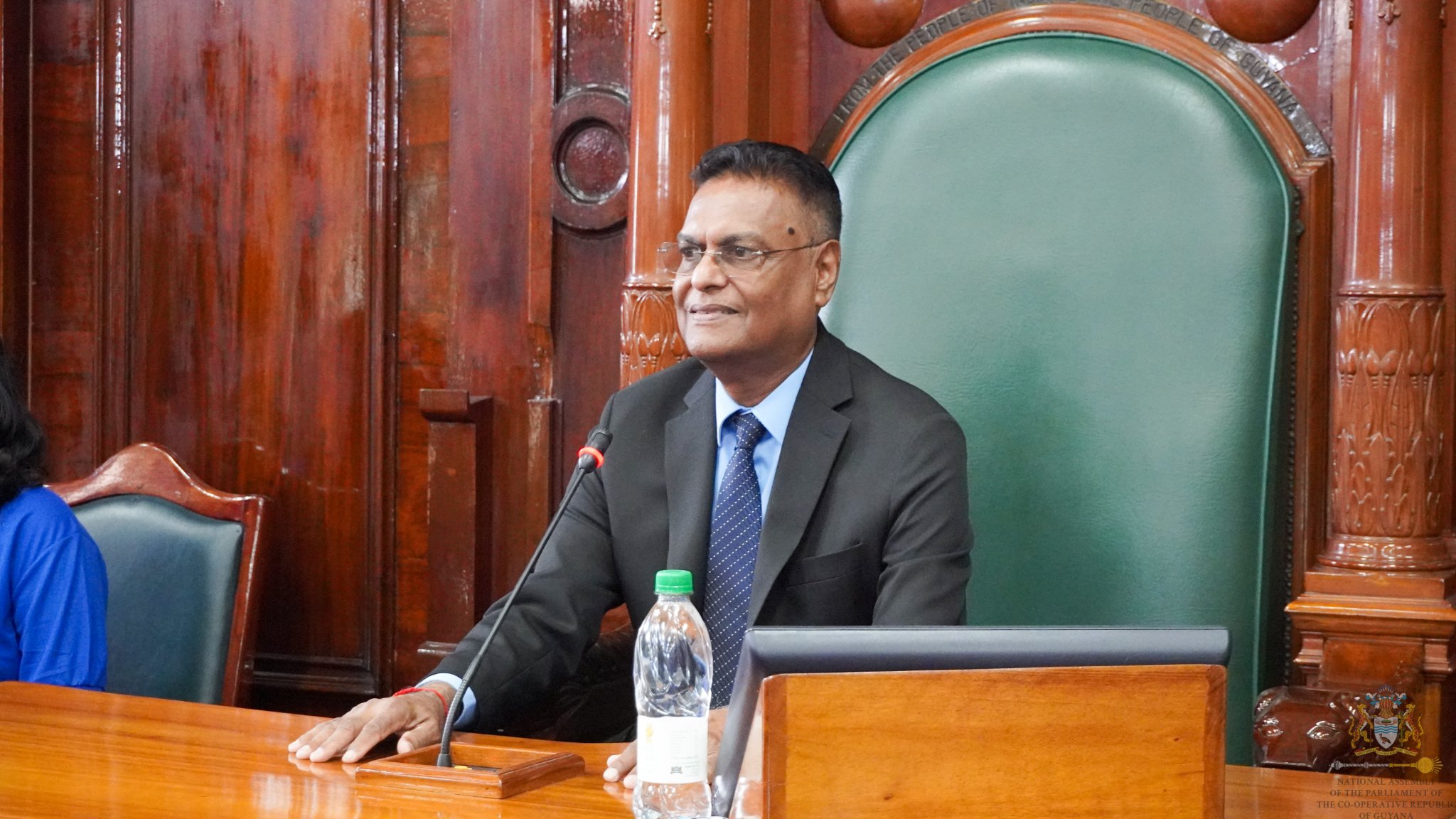 Apart from the rehearsal, the participants interacted with members of the planning committee attached to the Parliament Office. They were also given a brief history of the Public Buildings via a tour of the Chamber.

Virtual sessions conducted, for the participants, since the opening of the 7th Annual Youth Parliament are as follows: