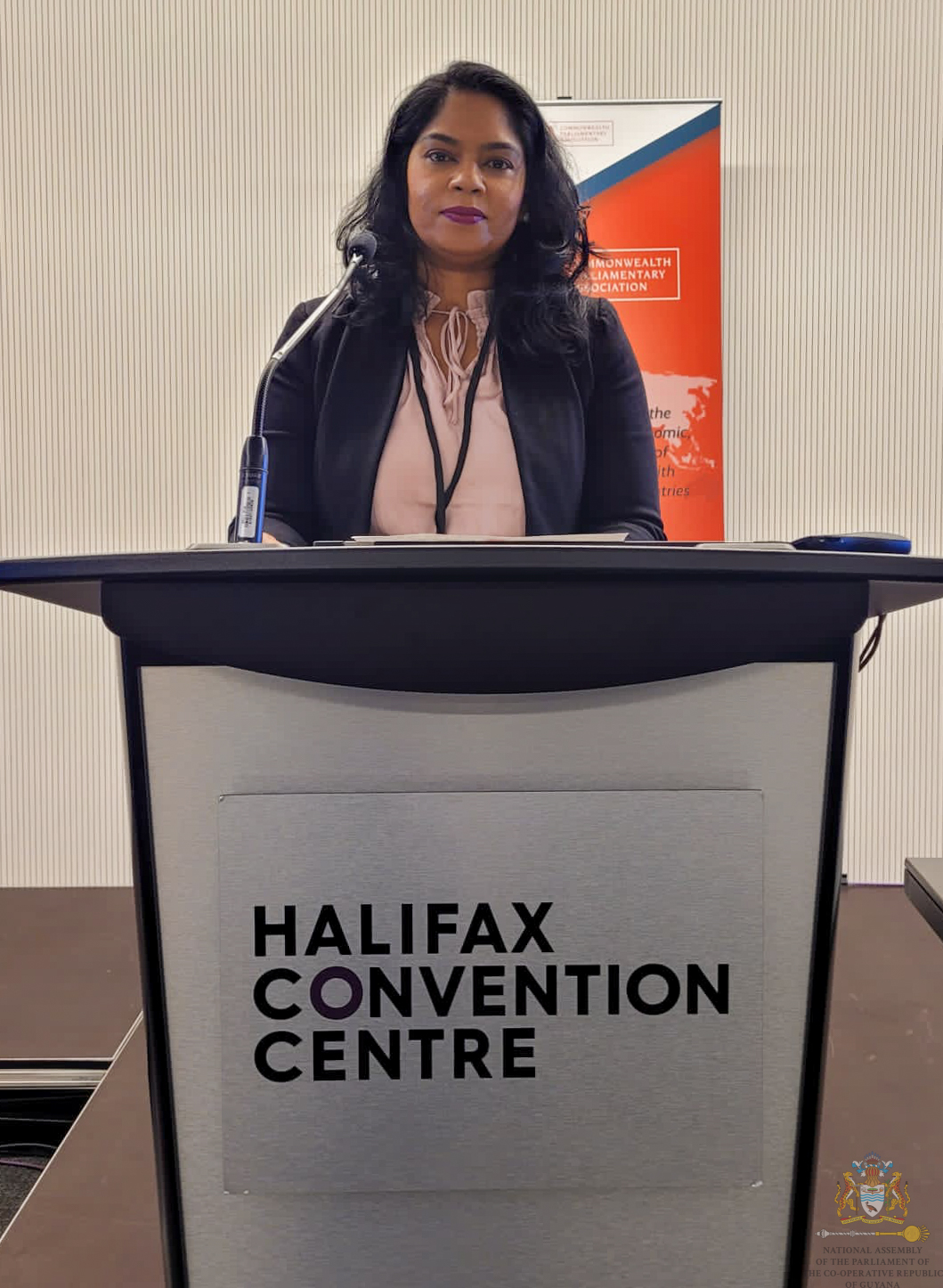 On Wednesday, August 24, 2022, Hon. Savitri Sonia Parag, Minister of the Public Service, presented on the topic, “The role of Parliaments in achieving sustainable development” at workshop B of the 65th Commonwealth Parliamentary Conference.

Minister Parag commenced by reminding participants of the theme of the Conference, “Inclusive, Accessible, Accountable and Strong Parliaments: the Cornerstone of Democracy and Essential for Development”, noting that it denotes Guyana’s stance on leaving no one behind in the pursuit of sustainability.

Hon. Parag underscored the importance of the role of Parliaments in oversight and scrutiny of the implementation of the Sustainable Development Goals (SDGs). She explained that among the measures in this oversight are the budgetary process, the functions of Sectoral or oversight parliamentary Committees, and the passage of relevant legislation.

The Hon. Minister expounded on these measures. The budgetary process entails widespread consultations and a review of the allocations to ensure they are in alignment with the aim of achieving the SDGs. The budget process in Parliament sees presentations by all Members of the House (Government and Opposition), followed by scrutiny of the budget allocations by Members of the Opposition.

The oversight Committees can be equipped with the power to request any Government policy and summon Ministers to report on the progress of programmes and policies to aid in sustainable development. On legislation, Minister Parag noted that Guyana is an emerging oil and gas nation, and shared the example of the Natural Resources Fund Act to ensure that funds are accessed only for the sustainability of the livelihoods of Guyana’s citizens.

Other presenters on the panel were Hon. Gervais Henrie, Member of the National Assembly of Seychelles, and Hon. Ratu Epeli Nailatikau, Speaker of the Parliament of Fiji.

Hon. Minister Parag also serves on the Standing Committee on Sustainable Development of the Inter-Parliamentary Union.