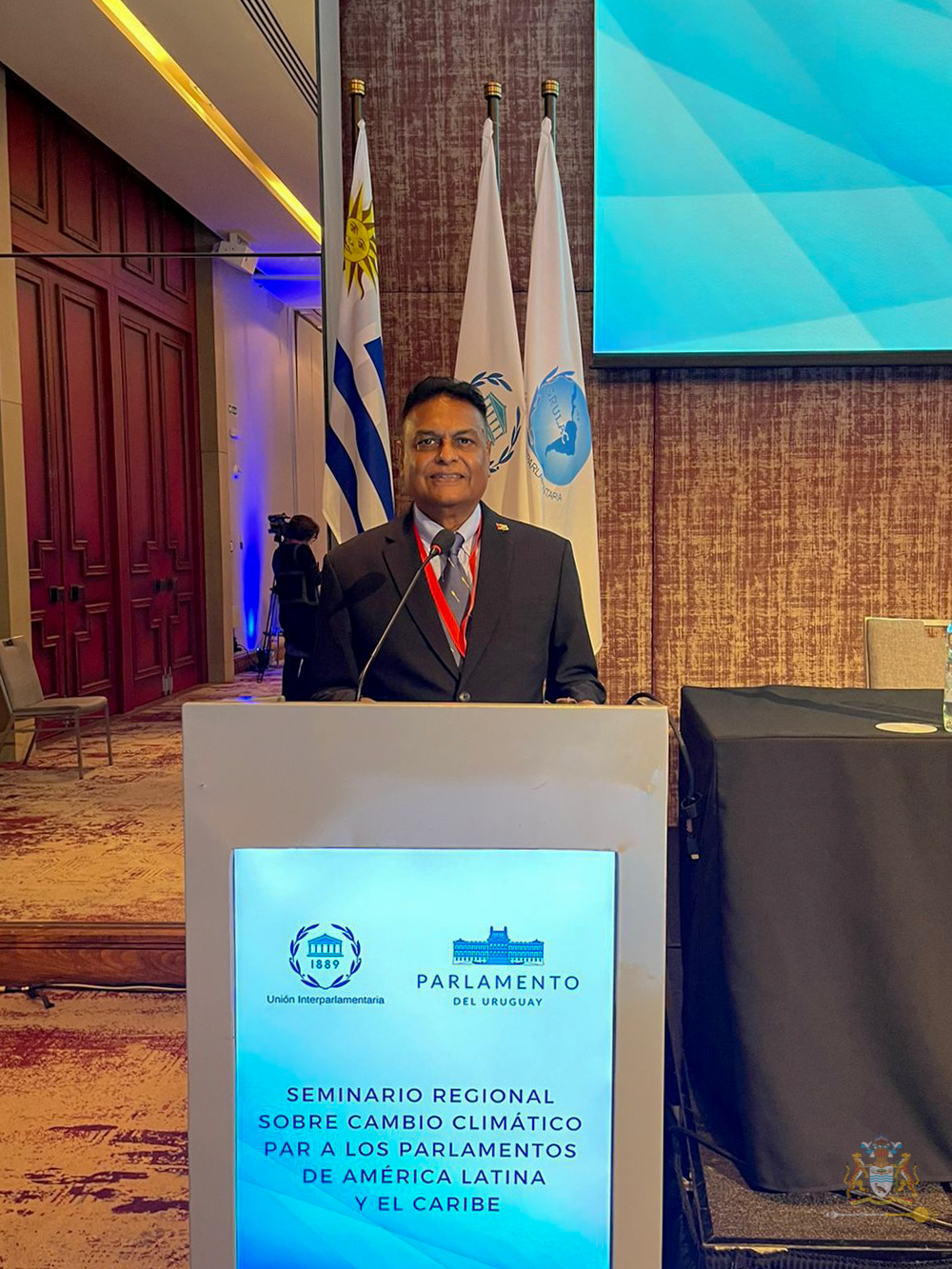 Session II - accelerating a clean energy transition and enhancing climate finance to implement the Paris Agreement - of the recently concluded Climate Change Seminar for Parliaments of Latin America and the Caribbean saw a presentation made by Hon. Manzoor Nadir, MP, Speaker of the National Assembly of the Parliament of Guyana, and Governing Council Member of the Inter-Parliamentary Union (IPU).

The session focused on national and regional actions being taken to develop more ambitious, nationally determined contributions and implement the Paris Agreement, and explored actions which Parliamentarians can take to support a clean and just energy transition, create green jobs and strengthen climate finance, including through their legislative and budgetary functions.

Hon. Speaker Nadir shared with the gathering at the Hyatt Montevideo, Uruguay, that the climate change discussion has been ongoing, and that funding for climate change will reach a height of trillions of United States dollars from public and private sources in the next 50 years. He noted that countries therefore need to get on board. To this end, nationally determined contributions are critical.

The Hon. Speaker informed participants that, like their countries, Guyana, where 35% of the people in the City are below sea level, is also affected by climate change. He spoke of the 2005 floods which affected more than 60% of the economy and that, every year, flooding affects between 15% to 35% of the economy.

Importantly, Speaker Nadir enlightened participants that, in 2009, Guyana has made a conscious decision to proceed along a green path and launched the Low Carbon Development Strategy 2030 which aims to have 70% of energy demand powered by renewable sources. The strategy outlines methods of tapping into climate change funding. However, Speaker Nadir stressed the importance of the individual contributions at the level of the households to mitigate against the effects of climate change. In this regard, 5% of 200,000 clients of the power company are already involved in self-generating energy in Guyana. He encouraged the gathering to do all they can at the parliamentary level to mitigate against the effects of climate change.

The Hon. Speaker was one of five panelists to present on the topic. The other presenters were Ms. Natalie Pareja, Climate Change Director, Ministry of Environment and Green Climate Fund National Designated Authority, Uruguay; Mr. Blas Llano, Member of the Senate, Paraguay, and President of the Group of Latin America and the Caribbean (GRULAC) of the IPU; Ms. Silvia Sapag, Member of the Senate, Argentina; Ms. Rosa Galvez, President of the ParlAmericas Parliamentary Network on Climate Change and Senator, Canada.

The Seminar, jointly organised by the IPU and the Parliament of Uruguay, culminated in a celebration of International Day of Parliamentarism and the IPU’s 133rd Anniversary on June 30, 2022. 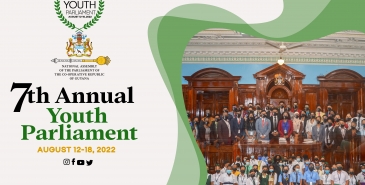